Life With The Plant

“It doesn’t have a high potential for abuse, and there are very legitimate medical applications. In fact, sometimes Marijuana is the only thing that works… It is irresponsible not to provide the best care we can as a medical community, care that could involve Marijuana. We have been terribly and systematically misled for nearly 70 years in the United States, and I apologize for my own role in that.”

Where our society and medical professions have advanced from the days of lobotomies, bloodletting, hydrotherapies and many other dehumanizing ways of treating mental illness, many attitudes and stigmas still remain the same.  And still, there are those affiliated with religion that seem to think that mental illness is punishment for moral transgressions.  And yes, I have also been told that even though trauma induced, my alters are actually demons that do not deserve a voice but should be cast out instead.  I chalk a lot of this up to ignorance but still the target was me.

While living in Albuquerque Mel and I would come to realize, unbeknownst to us at the time, the complications that living with a mental illness would entail.  I had lived with severe depression and anxiety since childhood which few people from school days realize.  Even as a child and teenager I was well liked and was one of the favored clowns much like today.  Before we left Mississippi there was very clear evidence that something was definitely wrong.  Finally, breaking free of a 14 year abusive relationship just seemed to complicate life more than either of us could’ve ever imagined. 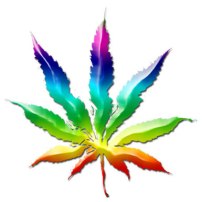 Albuquerque was a place where we could break free from the overly conservative south to have a relationship and family, or so we thought.  With each passing day, though, my “quirkiness” would soon take on a life of its own.  By the time our oldest, Marshall, was born it was like the flood gates had been opened.  We were already seeing a very loyal and trusted therapist.  I was now losing time for days and weeks.  I was hallucinating and becoming increasingly suicidal and my behavior was becoming more erratic and at times very scary.  I had also started becoming very aggressive which led to horrible rages.  The scariest part about it all was that I had no memory of these things happening.

The level of trauma that I held within me was now bursting at the seams to a point that I couldn’t contain it.  The harder I tried, the more I failed.  I was seeing a psychiatrist and had run the gamut of psych meds and their subsequent unpleasant side effects trying to find some combination that could provide me, Mel and our new little baby some relief.  I had been given several different diagnoses that never quite seemed to fit.  And each time I would have to be hospitalized the re-traumatization just grew in intensity.

I eventually became toxic from all of the meds and was seen in the emergency room because the doctors thought that my kidneys were shutting down or that I might’ve had a stroke.  I was admitted to the hospital but the next morning the doctor that came to see me was yet another psychiatrist.  Again, it seemed, no one wanted to believe us.  I politely told him he could leave and that I was going to leave as well since nothing was being done and the bill was going higher and higher.  Mel and I left the hospital completely defeated and our trust in the system that was designed to help was becoming depleted.

Mel would soon begin capturing some of my strange behaviors on video in order to show the doctors exactly what was happening.  Doctors and other professionals still didn’t seem to believe us despite the captured evidence.  No one believed that it was possible to have these types of  behaviors and  to not be able to remember doing them.  When Mel would show me the videos and tell me other things that I had done, I was appalled.  There’s no possible way that I was treating her or our new baby this way.   In some instances, after seeing the footage, I would collapse with grief.

After returning to my psychiatrist following the debacle in the hospital he said, “Hey, how about we try the medications again?”  I simply replied, “You’re crazier than I am if you think I’m going through that shit again.  I almost died from your pharmaceutical poisons.”  Psych meds didn’t help they seem to complicate and exacerbate my symptoms but most of the time left me feeling “robotic” and unable to feel anything. That’s when I was put on medical cannabis and it has been a lifesaver every since.  Anytime, I’ve had to be hospitalized for mental health issues I ALWAYS refuse the medications unless absolutely necessary like for sleep.  The meds have never helped me because most of the time I feel so bad from the side effects of the adjustment period that I’ll just quit taking them.  They simply made me a “chemistry experiment.”

For the first time in my life, I was able to have some type of quality of life while we searched endlessly for someone that could treat my complex traumatic past.  Cannabis has its limitations just like any other medications.  But, for once, something was actually working and “Big Pharma” just couldn’t compete with nature.  These days I don’t ask for permission or have the willingness to wait on an already corrupt government and the decisions of the narcissist clown that currently runs the country to tell me when it’s ok to have a quality of life.  I just simply do what I have to do to survive the best way I know how and most psych meds are still not a part nor will they ever be a part of that formula ever again.

I have taken much criticism for using cannabis as a medication to treat PTSD.  Again, it’s ignorance that seems to fuel these criticisms.  Until you have almost from synthetic medications then maybe an alternative way doesn’t seem feasible. Even as a recovering addict I have yet to have a single problem related to addiction with cannabis.  Hands down this plant has and is continuing to save my life from some incredibly debilitating symptoms.

For some people cannabis seems to be the only answer.   I take a medication that can replace any combination of psych meds.  There are those times, though, when symptoms seem to just shoot through the medicinal ceiling of the plant.  And this is when I will usually have a backup plan for anxiety meds and sleep meds.  Some people mistakenly think that medical cannabis “cures” PTSD.  I politely tell them that it’s a medication just like any other medication to treat the paralyzing “symptoms” of the disorder only it’s much safer and works better for me.  Unfortunately, it doesn’t have the ability to “unbreak the plate” of the traumas that caused the PTSD to begin with.  You still have to do therapy.  You still can’t go around the issue to reach a resolution.  Painful as it might be the only way for that to happen is to work through it.  Cannabis helps with the very frightening flashbacks, migraines, insomnia, anxiety and any other unpleasant symptom that can lead to suicidal thoughts and behaviors.  So while the presidential pumpkin and his posse are busy playing politics and searching for the next horrible hairdo. I’ve got therapy and a lifetime of trauma to work through.  I and many others don’t have the luxury of being able to wait for them to get finished rolling around in the bed with “Big Pharma” and pass federal legislation so that this medication is legal everywhere. I, not anyone else, will die from my PTSD symptoms unless they’re controlled.  Sadly, many people, as well as, returning soldiers have died by their own hand because of lack of access to a medication that can save lives in so many different ways.

I will always back this highly stigmatized and demonized plant that has helped give me some type of quality of life despite some people’s ignorance about the topic.  My wife will tell you that being put on the cannabis program has saved my life.  And even though functionality still fluctuates heavily sometimes from the disorder itself, it’s still so much better than it could be and has been thanks to a plant called exactly what it is….weed.  Cannabis has had such a positive impact on my life that living without it seems inconceivable.  And the only side effects I have to worry about these days are sleepy, happy and hungry.