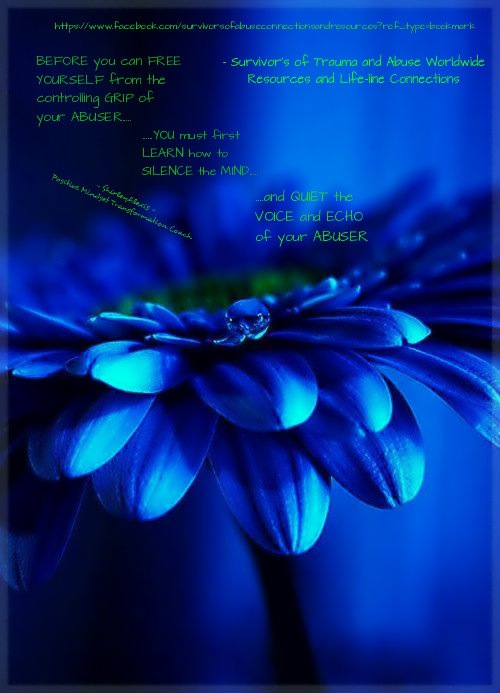 “Hate is the complement of fear and narcissists like being feared.

It imbues them with an intoxicating sensation of omnipotence.”
― Sam Vaknin, Malignant Self-Love: Narcissism Revisited

The term “Responsible” has never been a word that most people use to describe me especially in my teen years.  There are those teens who are very responsible driving, their studies and extracurricular activities.  I personally got caught up in the comedy of the situation from start to finish even if it was actually more dangerous than funny.   As a teenager when my well thought out teen ideas would emerge like going to bonfire parties with fellow classmates and upper classmen and seeing how many times and how much we can throw up in one night without dying; or driving like a bat out of hell with gasoline panties on down what was known as “Thrill Hill” outside the Petal, MS city limits at speeds where those that drove down it should’ve all met our demise; or  and this is the best one…..we as a softball “team” on the eve of a “hot as crotch” practice we thought it would be a great idea to get drunk as a team would help with team unity.  Guess who DID NOT buy that explanation?  Nope…as I recall the next day we ran, and ran and ran and ran until your hangover was gone or there was no more puke left to let loose.  I, for one, never drank the night before a practice EVER again.  I’m usually the one cheering on such outrageous ideas and had already begun planning jail commissary meals made with Ramen Noodles as somewhat of a “celebratory being handcuffed” gesture if needed.  Guilty your honor!!!!!!

The thought of coming in contact and being held emotionally hostage for the next 14 years never crossed my mind.  My main goals, at the time, was to stay as high as I could and not eat.  Both somehow seemed to soothe my heart from my 8th grade disaster only a couple of years prior.  But now we as a student body and a community had been gut punched by the disappearance and alleged murder of our classmate Angela Freeman.  As I’ve mentioned before our graduating high school class  and subsequent classes were pummeled with tragedies.  I felt like the combination of school and home where death and illnesses were always imminent in my daddy’s large family.   We just never got to recover from one thing before something else happened.  I was beyond mood swings.  I was like a mood theme park.  I just remember feeling different, alone and trapped.  Obviously, my theory about being able to do WHATEVER I wanted to do, as an adult, also had some flaws waiting for their time to appear. 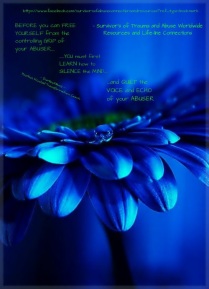 When I jumped full body into adulthood before my time that’s when I understood “keeping secrets” at the fullest.  I literally was taught so many lessons about life, at that time, that I couldn’t sit back to study and understand them. I was busy learning all about malignant narcissism without knowing the full meaning.  And since this was prior to when I decided to go back to college,  I also thought that domestic violence was all about physical abuse.  I was busy surviving and not really knowing what that meant either.  I knew that I never saw or heard things between my parents like I heard every moment of every day with him.  Heck, I just thought this was the reason people were so miserable being married.  I thought this was just the way things were suppose to be. Oh how my immaturity and naivety was drunk driving my way down the highway of life at that time.  I still look back in total astonishment at how I made it through the early days of abuse.

In the late 80s and early 90s, abuse against children and how it would affect their ability to function as an adult was not known or seen as important.  And the ability to go to therapy was more of a luxury item rather than one of necessity. Affordability was practically nil to many children and families.  I would also be willing to bet that there were no mental health benefits on an insurance policy either.  So, for me and other children and teens that needed the help early on would not and could not be provided with the help we so desperately needed.

“Stay away from lazy parasites, who perch on you just to satisfy

their needs, they do not come to alleviate your burdens, hence,

their mission is to distract, detract and extract,

and make you live in abject poverty.”
― Michael Bassey Johnson

I’ve been told many times that the teacher that abused me was treated the same way by her father. My ex-husband and his brother were horribly physically and emotionally abused by their father.  The excuse that has always been given when I asked him about the abuse was justified by him saying, “We might’ve been scared of him but we weren’t out running the streets getting drunk or high either.”  I could also see very clearly how the abuse had affected him and how he still feared his father each time we went to visit him.  I was told what I could and could not say or do around his father.  And I always found it strange that he and his brother called his father by his first name rather than “father” or “daddy.”  The clearest point of view I saw about the abuse they went through was by how I was treated by them.  Both of the grown little abused boys over the years had also become their father.  These 3 people that I’m talking about were not “crazy” they were and still are just mean.  And to my knowledge have never had a day of therapy in their lives.  What they did do successfully was to perpetuate onto me and other people just like it was done to them.  And they go through life never having faced their on responsibility in acknowledging how the abuse affects and continues to hurt people through their aberrant, coercive aggressive, threatening and other overt and covert behaviors. This works down their intended target until the individual believes their lies as though it was part of the gospel.  And then ANYTHING that goes wrong is their victim’s fault no matter what.  Every weekend the ex-husband would go play golf as his favorite pastime.  I use to pray hoping that he played well. If not, somehow it was my fault that he didn’t play well.  People have asked me many times why I didn’t leave sooner.  The problem lies once they get you mentally to believe all of the lies that they tell you it rewires your brain and you wake up one day and everything you use to believe about yourself and the world has now become what they think and believe about the world.  Your beliefs were stupid and you were too dumb to have your own belief system anyway.  Therefore, we cling to that relationship with everything we have because being without them would mean total annihilation for us or so we believe. 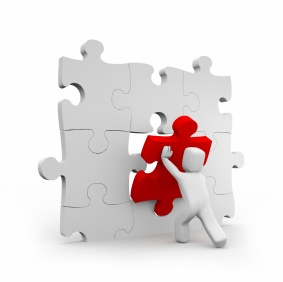 Here’s the whole point of this particular blog.  These people and their behaviors are characteristic of transgenerational trauma in both families.  However, they have all chosen to pass this abuse on and do nothing about it.  With the traumatic life that I’ve lived, I have chosen to do some very emotionally painful therapy in order to stop the cycle of abuse since my abusers didn’t have the guts to do their own work.  They might can make it continue wherever they are now.  In my family, though, the cycle of abuse ends right here.  I have been carrying the abuse of the boys that molested me.  I have been carrying the abuse of my ex-husband and brother from their father.  And I have been carrying the abuse of the teacher that always has a “I just caught the stomach virus” look to greet you with.  Plus, I have been carrying trauma and abuse unrelated to them and that’s my own stuff.  Your baggage that I’ve carried for you for so many years will be waiting for you at the nearest dumpster where it belongs.  Ya’ll have had control of my past and present but the future is MINE.

I can’t even begin to fathom our children having the same fears that I had as a child, teen and adult.  And I would run in to rescue my sweet Mel if I saw any signs of this and that’s exactly what I’ve done.  Moving to Texas is exactly how I was able to rescue them thus far from the abuse.  I looked up one day and I was saying some of the exact same hateful stuff that my ex-husband said to me.  I have 3 people desperately wanting their other mommy and spouse to be able to come back together and to function as the family and couple like we set out to be.  And for that I AM RESPONSIBLE.  The one who was “too stupid to think for herself” was taking very detailed notes those years with you.  And once you study a system and the way it works you can also find the flaws in the system.  The night I got up and walked out I had just beaten the “ALMIGHTY NARCISSIST” at this own game.

“How starved you must have been that my heart became a meal for your ego.”