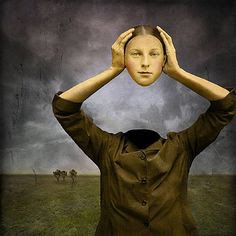 “She was a stranger in her own life, a tourist in her own body.”
― Melissa de la Cruz, The Van Alen Legacy

I always feel the need to speak about toddler events in the mornings because well…..sometimes they’re just funny.  So, I was doing the usual getting Marshall ready for school and loaded in the car.  I asked him if he would like some cheetos since that’s what we had in the car for him as a snack.  He shook his head and said, “Momma D, no cheetos…only toes!” “Ok, Marshall, mommy will only call them ‘toes’ from now on.”  Sometimes this kid makes me really laugh.

The term “traveling” has a much different definition to me than the general public seems to understand.   When “traveling, “I’m definitely anywhere I want to be.  I could be on the beach somewhere enjoying the sun or checking out the lesbian buffet.  Every place can be new or one that seems to bring much emotional comfort.  However, sometimes the memories of abuse invade and I to go elsewhere without even knowing it.  To the average person, a function such as this doesn’t seem that different from seemingly “ignoring” the spouse or a boss.  Everyone at some point wishes they were somewhere different especially when at work or just needing a vacation.  Most people don’t use this as a defense mechanism but rather just ‘daydreaming.’

As a child, throughout my molestation, I was mentally forced to be somewhere else.  I couldn’t possibly deal with things as they were.  Each time I knew of another “episode,” my mind would go elsewhere.  I had no idea that the ‘dissociation’ had occurred. I just knew that I couldn’t physically and mentally handle the situation at hand.  The specifics about the molestation are going to be left to my very brave therapists.

Over time, this natural and sometimes forced dissociation becomes second nature.  Just I like said in an earlier post about with PTSD symptoms happening when there is an actual or ‘perceived’ threat, this has now become an automatic type of coping mechanism.  Since, I have apparently been doing this since very early childhood even without my knowing, this behavior has become a daily response to anything ‘perceived’ as threatening.  To put these ‘threats’ in perspective for you, I can give you examples of ‘perceived threats.’ Things such as: loud noises, too many people in one area, too much visual, tactile and auditory stimulation, social situations, being by myself, being touched by someone, hollering, bad weather, and many more situations.  As you can imagine, I have varying reactions to therapy because I’m processing everything that happened on different levels.  So, seeing me as the person you know is completely different from what and how they see me as a person.  I’m still the same person you know and grew up with if you see me.  You probably won’t know anything has ever happened or is wrong.  After all, we are taught from a very young age to keep things in the family even if the family doesn’t know.

Dealing with the trauma on such different levels, my therapists and wife get to see very unique sides of me.  Dissociation is very natural for me especially while in therapy.   Sometimes I can stop it and sometimes I can’t.  This can and does present problems in therapy at times, but we work through it and figure out what’s happening.  The goal is to try and minimize “traveling,” while getting use to not using it at all to function daily?  Is this possible?  Really, I don’t know.  I am trusting in the people that I work with to guide me through this healing process.  I have to admit that I wish there was some kind of ‘rapid’ trauma treatment that I can do while under sedation.  Almost like processing without being conscious of what is going on.  This, unfortunately, isn’t part of the process.  The part of the process I’m currently in is one of both mental and physical chaos.  I do the best that I can because that’s what I was taught by both my parents and coaches even when it’s scary as hell.

I write because everything else scares me to the point of vomiting.  I have lost 40lbs because of the stress on both me and my family.  I’m not currently restricting in regards to eating disorder behavior.  Even though, I definitely have a lot of “eating disorder” thoughts and some behaviors especially in public or with certain people.  But, I go sometimes for days without knowing that I haven’t eaten.  I have even overdosed on medication and had no idea until a couple of days later that this had occurred.  I go for minutes, hours, day and sometimes weeks with not knowing what has transpired.  I simply understand this as “traveling.”  Sometimes I have done things in that ‘state’ that I am and will continue to be embarrassed about. Things are said and done are like a game that I think people are playing with me to make me feel bad.  I have bought things, gone places, eaten, not eaten, had conversations, had arguments and have had ‘rage’ events that I have no memory of happening.

I carry a lot of guilt and shame once I understand days later what has happened.  Does this sound like a quality of life to you? My perpetrators have left a war for me to deal with everyday.  I simply try to win one battle at a time until the war is over.  Medical marijuana just helps with a lot of the horrible physical and mental symptoms that I have from all of this. It doesn’t take back anything that happened. I have to take a lot of this medication to be able to go out in public or therapy because everything’s so painful.  For those that think that ”a drug is a drug,” you’re right it’s just like insulin being used as a medicine.  And sorry my disordered behavior has nothing to do with marijuana except to keep both the public and me safe.   I have a quality of life now that I haven’t had before.  Not everyone uses this plant as a medication or recreationally within limits.  There are actually people who no longer think about suicide because they the government has made a medication legal that can also give them a quality of life that they never saw possible. There are a lot more people that use and die from prescribed medications that the trusted doctors administer.  Please educate yourself on this, someone you know might can and could benefit from this plant one day.  It just might be you!