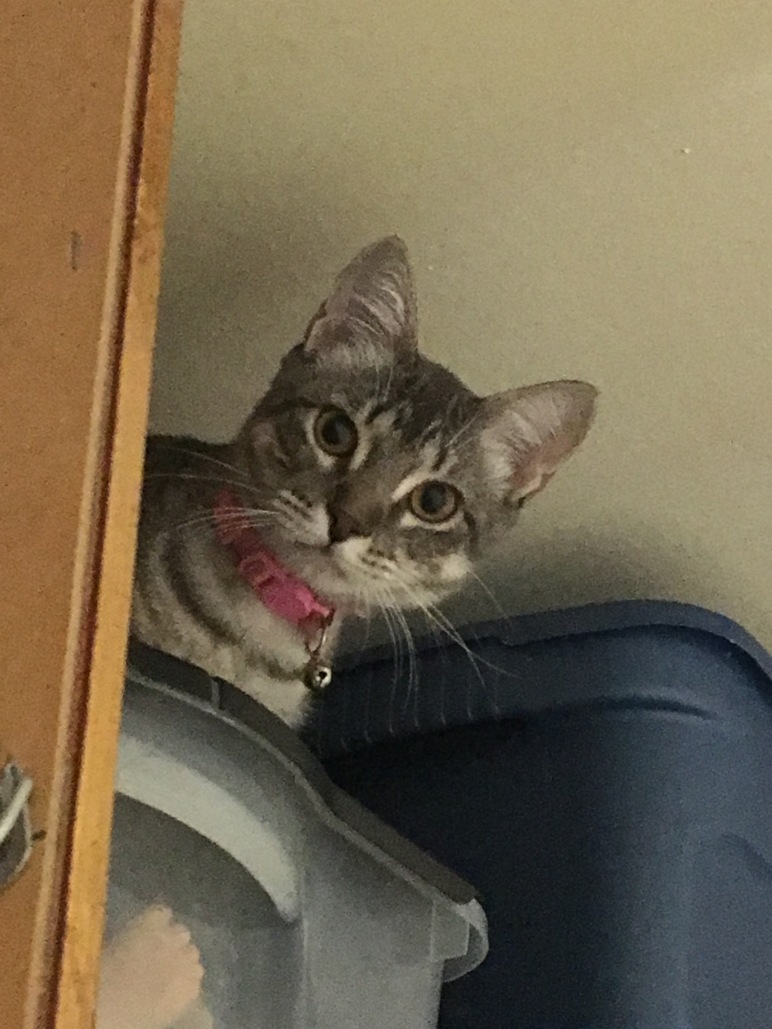 “One small cat changes coming home to an empty house to coming home.”

The last few months has been about change.  These changes have been both externally and internally.  Moving back to my hometown has been difficult coming back to very vivid memories about my abuse.  But I’ve also gained a healthy relationship with an animal that, for the last few months, has been just what the doctor ordered.  Coco is my cat that I adopted a few months ago.  I have already written about her in an earlier post titled Yay Team Coco!!!  So, this is not another introduction post about her.

This is a post, however, that is about things that I’ve noticed about her and us as we learn how to function as a team.  It has also taught me how to work better with my system and to have more patience while we continue to heal emotionally.  Coco is my “ride or die” companion and has brought me a big helping of love in a way that has made me flourish amid all the growing pains.  Nothing upsets her more than me crying.  She’ll pace around me meowing until I let her know, in some way, that I’m ok.  If I’m not ok, she’ll walk up to me knowing that I need to pick her up and to get a hug in a way that only she and I connect emotionally.

One of the many hurdles I’ve had to overcome in therapy is doing something as simple as picking up the phone and calling my coach when I need help.  After seeing a very abusive therapist for 2.5 years, being able to make a phone call was monumental.  I do, however, remember a time when sending a text was next to impossible.  I don’t pick up the phone very often and make that call.  But sometimes is better than no times.  I credit the relationship that Coco and I have built together with the ability to learn to trust again in different areas of my life.

Coco does have her cuteness ways about her that I’ve noticed.  There was one day when I was going through more moving boxes and I opened the box that had all my stuffed animals.  One by one I tossed them on my bed paying very little attention to any particular one.  I threw the box out and went on about my way.  A little while later I look to see that Coco had one in her mouth carrying it across the room.  It was a homely looking bunny that had suddenly become her personal stuffy.  And oh, how she loves her bunny.  More than once I’ve caught her sleeping with bunny with her paw gently securing her by her side. And She will also take the time to groom bunny as well.

Most of the time it’s me and Coco having conversations about what she needs to quit doing and developing her cat manners.  This is what we work on until she decides that a break is needed from watching the outside world.  This is when she jumps in the crate covered by her favorite blanket and takes a much-needed nap complete with bunny in tow.  And when therapy time rolls around her job is to be close to me in whatever way that looks like.  And for me…. I keep putting forth the effort to continue getting better knowing that sometimes it takes passing an emotional kidney stone to make that happen.