Things I Have Learned on Psychiatric Units

“It’s good to be able to laugh at yourself and the problems you face in life.

Sense of humor can save you.”

One thing that I’ve been able to do most of my life is find the humor in just about any situation.  I’m also really good at roasting myself at any given moment.  My recent blog posts have been pretty heavy in both topic and emotion and I thought that I would lighten it up a bit with some giggles.  Having been in the mental health system the majority of my adult life has afforded me many different and often times hysterical stories about my interactions with staff and other patients.  They are not that funny in the moment but give it some time and I’ll start giggling about some of the asinine situations that I get myself into.

A lot of my trauma has to do with the perception or the reality of being trapped.  So, even though psychiatric stabilization units are, in theory, suppose to help.  They seldom do for me because you are behind the steel doors of “safety.”  The system is so incredibly flawed that even to be stabilized completely destabilizes me further.  I’ve just be blessed with the incredible ability to laugh with other “battle buddies” who are some of my best friends.

If you’re way out of control or having complications related to your particular labeled disorder you get sent to the Psychiatric Intensive Care Unit otherwise known as the PICU.  This is where you will see some really odd behaviors and will get a new label as a “poop slinger.”  I’ve also learned through trial by fire how to take care of myself on these units.  And being confrontational where not always the best idea makes other clients and staff rethink the idea of you being an easy target.

Recently, I’ve been on one of these units and others with no success just more funny stories.  With the amnestic barriers that were designed early on in my brain to protect me from the abuse, they just seem to cross over into a lot of my blinking and breathing time.  After looking through some of the material that I arrived back home with I found that my alters had actually been writing a blog about such humorous  instances.  I didn’t have the memories of all listed but they sure do.  Try not to take this blog too seriously as I’ve been able to laugh so much that I’ve almost gotten one abdominal muscle developed as a result.  Here’s a compilation of our experiences on different types of units over several states. 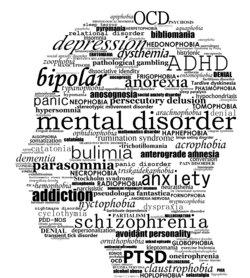 Every Diagnosable mental disorder can be found at some point right here on these units.  You think you’ve seen strange behaviors?  You can’t even imagine the behaviors that are exhibited by human beings.  I hope you’ve enjoyed some laughs and know that these are things that I’ve personally experienced.  It’s really this bad.