“Long as you been living, you ain’t NEVER heard of anyone overdosin’ on marijuana. You might-a thought that he was dead. He ain’t dead. He gonna wake up in 30 minutes hungry enough to eat up everything in your house. That’s the side effects: hungry, happy, sleepy.” That’s it.

Yesterday was a difficult day. I have a lot of “social anxieties and phobias” these days among other things. Sometimes, I try to dismiss this notion and go with the “bright ideas” in my brain. Yea, didn’t work out so well yesterday either.  So, I said that I would reveal something new about me when I posted again. Let me clarify that this is “new” to this blog.

I am a “medical marijuana” patient.  While there are still mixed feelings about this particular “medication” and whether or not it’s an actual  “medication”, let me try to explain what it does for me. So, for the time being, just put all of your preconceived notions about cartels, societal issues, addiction and anything else that might interfere with you actually understand what it’s like to take this as a medication.

I must admit that when, I first encountered this topic with a client of mine at the time, I was very skeptical.  He spoke about the relief he got from this medication for chronic pain.  I was working at a methadone clinic when I met him.  Coming from a very conservative area of the country that is very 12-Step based on the topic of addiction, I too was very leery to say the least. I didn’t make a big deal about it because, I knew by that time, that every recovery model doesn’t fit every client. So, I kept my eyes and ears open about the topic of marijuana as a medication.

At the time, I was currently, carrying a diagnosis of Bipolar II and PTSD. So, the regimen at the time was counseling and Lithium among many other medications.  I was taking medications to counteract the side effects of other medications. I genuinely just felt bad from all of the side effects of everything. I soon developed lithium toxcity as a result of having no blood work done in 4 months of taking this medication. So, after hallucinating at work and looking and appearing that I had had a stroke, I was rushed to the local ER.  I was terrified! I couldn’t determine whether or not I  was hungry, if I had to use the bathroom; I couldn’t walk properly and had very slurred speech with facial drooping. My wife had to bathe me and take me to the bathroom because the effects were so severe. She was also 8 months pregnant at the time of these events. I soon lost my job because I couldn’t control the effects that was happening.

My psychiatrist continued until September of 2013 to try every combination known to man to help settle the emotional and physical stress that I was experiencing.  After 4 years of trying any and every medication combination and always seeing very minimal relief for a short period, he suggested medical marijuana (MMJ).  Being a recoverying drug addict, I was scared because of the lack of knowledge that I had about the plant and its benefits. my medications were already being dosed to me by my wife because sometimes I wouldn’t remember taking medications and would either take too much or none at all. Her dosing me was something we put into place early on due to my addiction history. So, really, this was going to be nothing different.  Luckily, New Mexico is one of the few states that recognize PTSD as a worthy diagnosis to receive such medication. 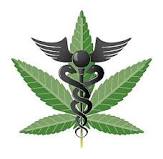 I do understand the argument that one can make the outcome of any study be biased in results.   I have  to go off personal experience and information from scholarly journals about different problem areas.  Some people think that PTSD (post traumatic stress disorder) is a disorder that is somewhat meant for soldiers that return from war or veterans.  No, I didn’t serve in the military.  But, trust me, I’ve been in a “war” the majority of my life.  These battles, I fought alone.

PTSD develops after a terrifying ordeal that involved physical harm or the threat of physical harm. People who have PTSD may feel stressed or frightened even when they’re no longer in danger. The areas of the brain that are affected are the amygdala and the pre-frontal cortex (http://www.nimh.nih.gov, 2014). PTSD from the many years of trauma have all but crippled me. I am in constant fear of any and everything. I have struggled a good part of my life with suicidal ideations and feelings of worthlessness. I have physical symptoms that can be debilitating every single day. I have flashbacks every single day. I have basically become a shell of the person that I was even in high school. Some days…I’m just lucky to get through the day without vomiting.

I have essentially “glazed” over the full extent of my life of trauma. Certain information will be reserved only for the professionals that work with me.  I am currently on a few typical medications, as well as, the MMJ because my physical symptoms or psychosomatic symptoms are so bad.  When you get to a point sometimes, it doesn’t matter what people suggest, you’ll try.

Since being on MMJ, I was able to return to feeling like I could get things accomplished during the day.  From who and what I used to be, I’m completely different in several ways.  Even 6 years of a college education, isn’t bigger than what was done to me and many others.  So, say what you want about “medical marijuana” but it keeps a bullet out of my mouth everyday so far.  Not every medication, even when it’s considered ‘alternative’, is used to just get high. i have been off the MMJ for several days at a time and there was no withdrawals either physical and/or psychological. My intention on trying to change your views on “medical marijuana” was never here.  I just wanted to let you know how just maybe this ‘evil drug’ has helped me.  Medical marijuana and “street” bought marijuana is completely different.  The  controls on what can and will be used on the plant in regards to chemicals is very heavily governed. Insurance doesn’t pay because politicians are still in bed with the pharmaceutical companies.  But, we can file what we pay in a year on taxes for medical purposes. Even so, it’s a small price to pay for me to be able to try and aid in helping me to learn to live life and to be able to watch our son grow up.