Acknowledgement of Strength and Courage

“Being deeply loved by someone gives you strength,

while loving someone deeply gives you courage.”

Lately, there has been a request to identify strength and courage from within myself.  And, honestly, the answer is not very easy for me to identify nor to convey.  I haven’t written since early April and couldn’t have written if I had wanted to.  Sometimes I seem to get lost in my own world not knowing how to get back to the present date and time.  The words “strength” and “courage” seem to be ones of perception rather than having a concrete definition that fits most people and situations.  Hang in there with me.  I promise there is a point.

One of the more difficult things in my life has been to accept compliments.  The ones I did get from perpetrators always seemed to have some form of abuse attached to them.  Growing up and developing as an athlete I regularly received compliments from my coaches.  I not only developed confidence but the discipline and hard work were always worth the effort.  I received compliments from my parents, the parents of friends and teammates.  When the compliments began to take on a more sinister tone and action from some people, I began to fear the very thing that only years before seemed to propel me into a healthy confidence and feeling of safety.  Kind words, in their own way, can now cause instant fear and embarrassment unseen to the naked eye. 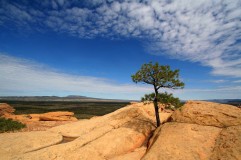 You can point out that survival of all the abuse is an example of both strength and courage.  However, my stance is simply that I did what I had to do to live.  Is this a great example of minimization? Well of course it is.  But emotionally this is truly how I feel about my story of survival.  So…..to identify examples of each I am forced to look at these things from another angle.  I identify these by looking into the heart and eyes of my alters.  This has truly been a process that has now led me to a position and attitude of gratitude.  Trust me, it has not always been like this.  For years I’ve been stuck continuing to try and deny the depth of my mental problems and diagnoses.  And what this has led to for my system are feelings of denial and minimization of their strength, courage, bravery and existence of them both individually and as a group.  This has led to anger, resentment and a whole lot of unneeded and hurtful chaos from them at times. They have had a general feeling of being unneeded and unwanted after years of wading through a life of blood, sweat, tears and the evilness of others.  They have never wanted a  war medal but rather just acknowledgement of the abuse and their efforts.

“Confront the dark parts of yourself, and work to banish them with illumination and forgiveness.  Your willingness to wrestle with your demons will cause your angels to sing.”

Me and “my team” or “my guys” as they are commonly referred to are not expendable.  These children, teens and adults stepped into some very frightening situations when my mental and physical limits as an individual had been reached.  Their actions often times with accurate precision led to self-preservation with the ultimate goal to preserve life.  Their strength and courage doesn’t seem to have limits for which I’ll am eternally grateful.  Their existence was created out of fear, pain and necessity. Mel will tell you that there have been times when physically and emotionally I shouldn’t have been able to function on any level.  But you could also look up and standing before you would be someone who seemed to be functioning almost completely normal. The quest for my education while undergoing abuse, sometimes daily, is a stunning example of this very thing.  Now several years later the answers as to how this was even a remote possibility are very clear.  My guys stepped in and helped to make sure that my goals were achieved despite always being told that my dreams were nothing more than under achievable pipe dreams.  To me, they are a living testimony of strength, courage and bravery that cannot be matched.  And maybe my story is changing from one of survival to one about redemption.

“I never said I wanted a ‘happy’ life but an interesting one.  From separation and loss, I have learned a lot.  I have become strong and resilient, as is the case of almost every human being exposed to life and to the world.  We don’t ever know how strong we are until we are forced to bring that hidden strength forward.”

“They are all innocent until proven guilty. But not me. I am a liar until I am proven honest.”
― Louise O’Neill, Asking For It

I have written and spoken several times about my life and domestic violence.  Under the umbrella of domestic violence are several forms such as:  physical abuse; emotional abuse; controlling or domineering; intimidation; stalking; passive/covert abuse; economic deprivation; endangerment; criminal coercion; kidnapping; unlawful imprisonment; trespassing; harassment and sexual abuse.  I knew that several years after leaving him that something about our sex life continued to haunt me.  I didn’t know what it was called but I always knew what it felt like….SOUL MURDER.

In the conservative deep south, I was brought up like many children to “save yourself for your husband.”  This was not a tall order for me as sports was my number one priority.  I would meet him at the age of 17 which was 19 years his junior.  Naivety led me right into the cold awaiting arms of a predator disguised as “Prince Charming.”  He used the one promise that he knew I couldn’t refuse to set the hook and reel me in “I will help you find your birth family.”  Rolling off his silver tongue of manipulation would be the promises of a future with a man who would “treat me like his queen.”  But like most things that seem too good to be true his promises would turn out to be lies.

I guess what made this so confusing was that I NEVER saw my dad treat my mom with disrespect.  I was questioning the whole time, “This is what I saved myself for?”  He was my first and the guy that finally trusted in such an intimate fashion only to have that trust betrayed in a way that is still too difficult to handle emotionally.  I secretly wondered why I was never told about this side of marriage.  The truth despite his “brainwashing” justifications for his actions was that no this was not normal and healthy marriages do NOT consist of this type of dominating behavior.

Many years later while looking for answers regarding the strange, threatening and coercive nature especially with the passages of the Bible about how a “woman is to submit to her husband,” I came across the term Marital Rape and I knew instantly that this was what had happened.  The term marital rape describes “any unwanted sexual acts by a spouse or ex-spouse that is committed without the other person’s consent. Such illegal sexual activity are done using force, threat of force, intimidation, or when a person is unable to consent. The sexual acts include intercourse, anal or oral sex, forced sexual behavior with other individuals, and other sexual activities that are considered by the victim as degrading, humiliating, painful, and unwanted. It is also known as spousal rape” (https://definitions.uslegal.com/m/marital-rape/, 2018).

I personally have not been able to make sense of such an intimate form of betrayal.  This type of violence destroys you from the inside out.  Remembering how scared I was as a young child when the first time I was introduced to sexual abuse the rules of these types of scenarios were still very clear.  The easiest and least painful way to get through the moment was to give in to their demands.  If you try to fight them the abuse gets worse.  If you don’t “perform” for them the abuse gets worse.  And as I was told many times, “What are YOU going to tell them Dana?  You’re the “head case” with the mental history, not me.”  The puppet master continued to pull the strings to make sure that his needs and only his needs were met.

Even as I write this the nausea bubbling like a pot on a stove builds its way to the back of my throat as I think about and remember the vile ways that I was treated as property rather than as a human being. I was not a wife but rather a legal whore.  Being told what I was going to do for him and then berated with humiliating and very damaging body image comments afterwards just seems to further rake into your soul with the devil’s claw.  Consensual loving sex is not…

THE PSYCHOLOGICAL EFFECTS OF SUCH BEHAVIORS INCLUDE:

To say that I’ve lacked a fulfilling intimate sex life would be the understatement of my life.  The level of fear that I experience even with the most supportive relationship cannot accurately be described with words.  Whether it be child alters, teen alters or adult alters who step in to try and make this very part of my life possible, it always becomes a disaster.  Oh and the mood gets squashed when you think, “Finally, I can do this!” But, yet, you find yourself running from the bedroom straight to the bathroom to vomit.

What I can say about this type of abuse over many years is this….

He not only raped my body, he also raped my mind and murdered my soul.  I was very fortunate to meet someone like Mel who is one of the most caring, understanding and compassionate people I know.  Our relationship has always been based on love and not sex.  I married someone who loves me for the shattered and leftover parts of someone who use to be a fully functioning human being.  It took me loving and bowing down to a monster to be able to recognize an angel.  She and I walk hand-in-hand often with tears in both of our eyes trying to find a way through all the destruction.  She didn’t ask to be married to a spouse with so many complex problems both physically and mentally.  She does it because she loves me.  Would I go through it all again just to have her?  I go through it every day.  The abuse has never stopped.

“Here, from her ashes you lay. A broken girl so lost in despondency that you know that even if she does find her way out of this labyrinth in hell, that she will never see, feel, taste, or touch life the same again.”
― Amanda Steele, The Cliff